Have you ever made an incorrect assumption about a musician regarding where they were from? Not that it’s necessarily all that important, but I’ll safely say you have been mistaken on more than one occasion.

Nobody is perfect, and I’m definitely among the flawed. I’m not sure how someone is able to tell where an artist comes from simply by listening to them. I believe it was Miles Davis who once insisted he was able to tell if a musician was white or black by hearing them play. A few weeks ago, Youtube’s recommendations was constantly pestering me to watch a guy take a blindfold test to determine the genders of guitar players. No matter what such people will claim, nobody bats a thousand, as the saying goes.

Here are some cases that I recall getting musicians’ geographical origins wrong. This list won’t contain bands that I thought were from Queens in New York but were actually from Long Island, it won’t contain of Montreal for not being of Montreal, nor will it contain an artist like Sun Ra, a talented being from Alabama whom I could swear was from out of this world. The following five artists I could not, for some reason or other, pin them down to a country. 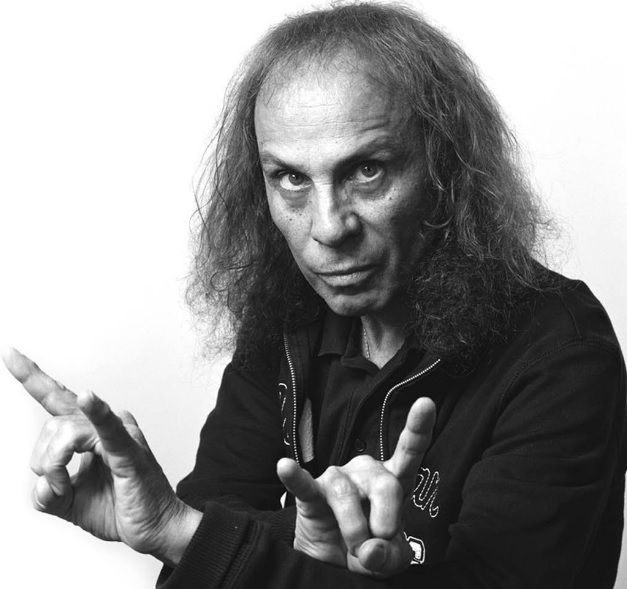 Where I Thought He Was From: Birmingham, England

If we’re honest here, hardly anyone first learned of Dio through his early band Elf, and certainly not many did from his crooning heartthrob days of Ronnie Dio and the Prophets. Since my introduction to the singer was through Black Sabbath, I surmised he was just like the others in the band and hailed from Birmingham, England.

For most fans of heavy metal, this mix-up isn’t out of the ordinary, which is why I chose to lead off with Dio. While his solo band often featured musicians from an assortment of countries, the fact that he received his first mainstream spotlight in Ritchie Blackmore’s Rainbow, followed quickly by the run with Black Sabbath would lead many listeners to the same hypothesis I reached. The Sabbath sound, no matter the singer, seemed to not deviate too heavily from the down-tuned Iommi riffing that anchored it. However, it’s interesting to note that Rainbow’s early sound seemed to have more of a neoclassical European basis, but would eventually take a turn towards a streamlined, radio-friendly rock sound more appealing to the American market after they switched (perhaps ironically) to a British singer in Graham Bonnet. The shift in direction was maintained when Bonnet was replaced by another American vocalist in Joe Lynn Turner.

Both his surname from birth (Padavona) and his stage name point to his Italian ancestry (Dio translates to God from Italian), but would only serve as another misdirection. Hear Dio speak, and there’s no denying he’s an American from birth. Each syllable always seemed handled with care, with little in terms of slurring his words and plenty of hard R sounds to go around. 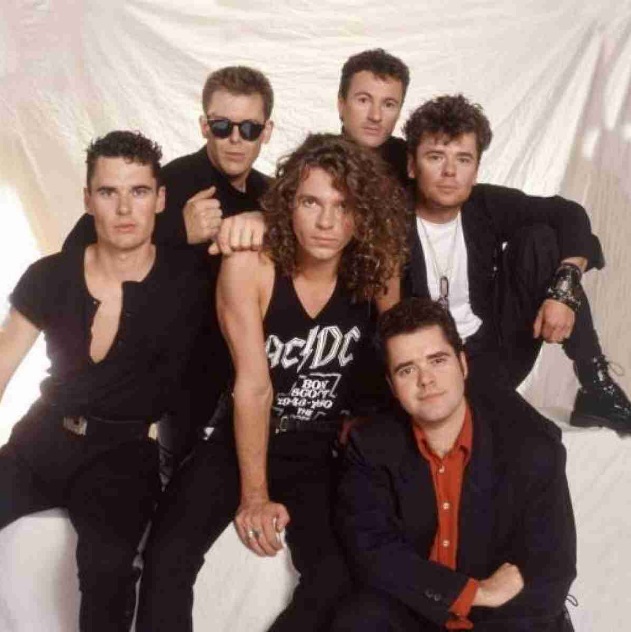 Where I Thought They Were From: U.S.A. No, England, no…

Where They Are Actually From: Frenchs Forest, New South Wales, Australia

The Brit-American confusion seems to common regarding bands, but this one got a bit more confusing to me. I was always casually familiar with some of INXS’s songs, particularly “New Sensation” and “Need You Tonight”. I never gave their origin much thought. They don’t really look that American in terms of their style, but the U.S. of A was my default assumption that wouldn’t be shaken for years. Then along came Rockstar: INXS.

For those who don’t remember, Rockstar: INXS was one of the many singer-based elimination shows that came to light in the first half of the 2000’s. I was never a religious watcher of any of these types of programs, but would catch the odd episode. This was a somewhat unique idea since this program helped an existing band fill an existing vacancy rather than aim to launch a solo career. In INXS’ case, the void was left by Michael Hutchene’s death in 1997 (Russel Hitchcock from Air Supply and Terence Trent D’Arby were among those who filled in for gigs). After hearing some of the band speak when judging the aspiring vocalists, I confused their accents for British ones. I’m not really sure why that is, and I was likely only being halfway attentive.

Like American Idol was based off the UK’s Pop Idol, there may have been some thinking that this Rockstar series was a spin-off of a British show since that seems to be where a good chunk of American programming originates. Extending that logic is probably what led me to believing that they would make a British-based band the subject of this reality show. I think that’s an honest enough mistake to make, but the more clips I find of INXS members talking, the more I shake my head. 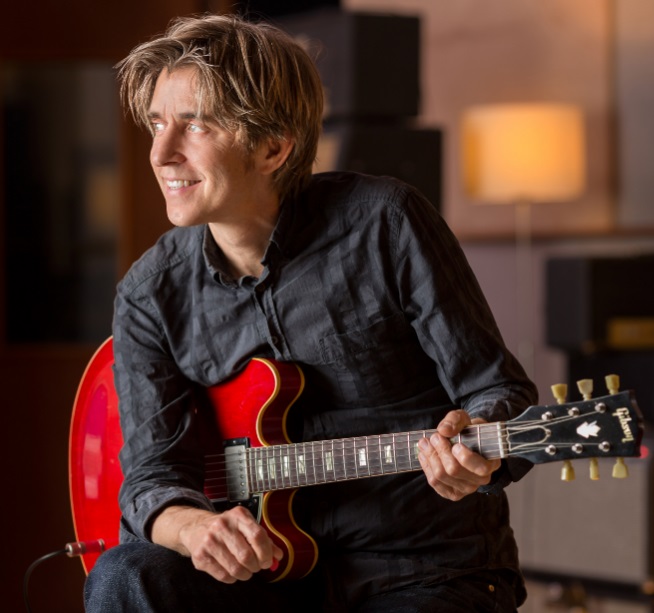 Where I Thought He Was From: England

Where He’s Actually From: Austin, Texas, United States of America

This one I’m admit is lame, but when I first learned of Eric Johnson, I went off the name of his ultra-fluid guitar anthem “Cliffs of Dover” to guess where he originated. What a stupid assumption! Was Billy Joel warned against writing “Great Wall of China” because he’s American? Highly doubtful.

It complicated things more that he even looks British to me, if there is such a thing as a British face. Even looking at him now, I half-expect the voice of a Coronation Street cast member to come out of his mouth despite knowing better. I also thought (and still do think) that he looks quite a bit like Andy Summers of The Police. Then again, I’m pretty sure I’ve past strangers on the street who looked like both of them, and not once did I ask if they could strum a chord.

I just discovered the music video for “Trademark” last week, which might have given me more of an impression of his roots if I knew of it sooner. It features plenty of cowboys taming wild horses, a Southern belle-type frolicking in a field, and not to mention his western-style jacket with the long fringes on the arms. It could be him appreciating elements that are frequently seen in his hometown state, or he’s simply embracing their aesthetics as an outsider. It was very-near the time people began to get all achy-breaky to Miley’s daddy and Garth Brooks was larger than life, the result of which spawned enough people who weren’t from a southern state to adopt the country-western fashion to fill a book all on their own. I could just as easily have thought Eric Johnson was from Seattle if he was wearing flannel. 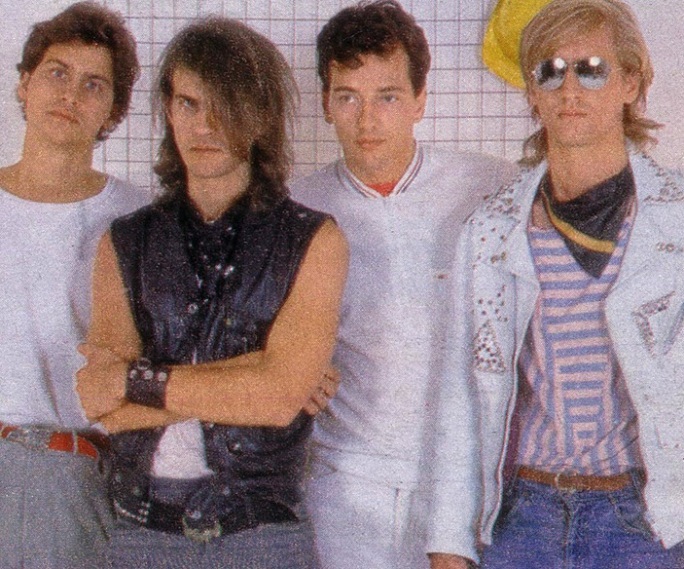 Where I Thought They Were From: Somewhere in the United Kingdom

Where They Are Actually From: Montreal, Quebec, Canada

This one stands out to me as one I definitely should have pegged on my own. I could never pin them down exactly, but I figured somewhere vaguely off the continent of Europe. Not just England, potentially Scotland, Ireland, or Wales. The main thing that bothers me about this one was how I did not even know they were from Canada.

Normally, the Canadian media will bombard me and my fellow countrymen with any vague connection of celebrities to our supposedly-polite nation. Did you know that Diana Ross has a summer home in the Muskoka region? Care to know of any and every rock band that recorded in Vancouver (it’s a long list)? How about the fact that The Bangles’ wardrobe consultant’s au pair was raised in Swift Current, Saskatchewan? I just made those up, but that’s the general idea. It wasn’t until this year that I knew Men Without Hats had significant Canadian roots through a random jump on Wikipedia.

Signs, signs, everywhere there were signs, and it really doesn’t take much effort to find them. I’ll admit that “The Safety Dance” is the only song of theirs I really know. Other millennial it’s likely the same way. Part of the confusion may have been that the infamous video of said track features actor Mike Edmonds, a man that I know to be British from the movie Time Bandits. Did I think he was in the band or something? It even has a french woman singing in it, for crying out loud!

What else? Their next most popular song, which has around a tenth of the views that “The Safety Dance” has on Youtube, is “Pop Goes The World”. We get freaking Bonhomme in not just the video, but as a reference in he lyrics. This silly snowman was also in “Where Do The Boys Go”, with an entire football team’s worth of them on the Montreal Concordes’ field. Not only that, the opening seconds shows glimpses of a map of the city and surrounding area. Their background couldn’t be any more plain to see if Ivan Doroschuk had a blue fleur-de-lis tattooed across his face.

Where I Thought They Were From: America

Where They Are Actually From: Birmingham, England

You may be wondering why I chose to use a photo of an album cover rather than a proper photo of ELO. On top of that, it’s not even the original album cover for On The Third Day. It’s a horrible cover at that, with each band member poking their bellybuttons out through their shirts with the unflinching focus of a professional chess player. I’m sure I looked similar when practicing my Care Bear stare in the mirror as a boy, albeit with a tad less gut hair.

That very photo is what led me to be confused about where they originated. This could be chalked up to pure naivete, but I think there’s more to it. Most comedy fans will point out that there are differences between British and American humour, and I suppose I confused this photo for low-brow humour along the lines of Married With Children rather than the absurdity of Monty Python. On most 70’s rock I lean towards guessing British, but when the world was much smaller to me I would assume American.

One of the first songs I remember identifying with the band was “Don’t Bring Me Down”, which isn’t on this album, but I was so traumatized by their nightmare-inducing navel exposures as a kid that it must have impacted my ability to digest that particular record. That song seemed to have more of a straight ahead beat and a bit of a disco-vibe that I just took them as an American rock band. Not that I had the ability to discern based on a group’s sound at six, seven, eight, or however old I was at the time. The ears had little time to be tested.

The ELO mention also brings the piece full circle. Birmingham is known for exporting heavy metal of the likes of Judas Priest, Napalm Death, and Black Sabbath (of which ELO drummer Bev Bevan was briefly a member). To know that that acts from the working-class town can produced such romantic songs as “Telephone Line” or as bright-sounding as “Mr. Blue Sky” tells me that I shouldn’t jump to conclusions.

Speaking of conclusions, I’ll be bound to jump to more of them in the music world. It’s not that difficult to forget that flower children did not just come from San Francisco or Woodstock, or that you don’t have to be a Norwegian arsonist to record quality black metal.